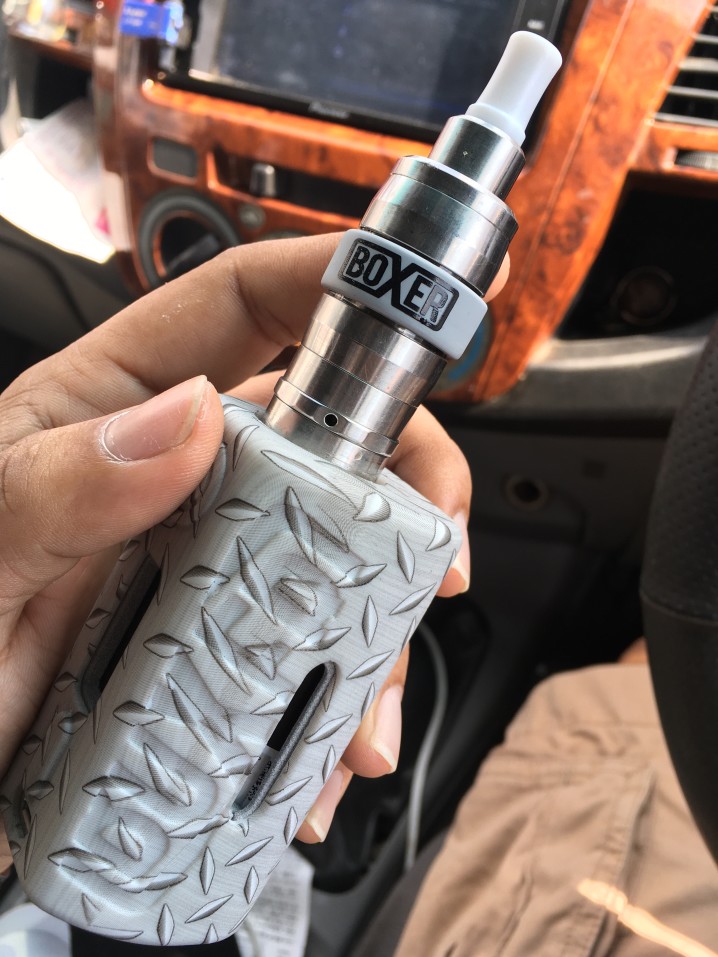 In a strict sense, the atomizer is the concrete element that vaporizes the liquid (which here are the resistances). Over time, the term atomizer (ato) has been extended to the entire part of the device that is located between the battery and the mouthpiece, which contains the resistors and which, in one way or another, is also where the liquid that is deposited then evaporates.

I’ve been avoiding using the word tank precisely because it may or may not be a tank.

Like everything, at first it was simple, there was only one “type of atomizer ” but as it was used and its pros and cons were seen (depending on the use to which they were intended) the manufacturers began to make innovations and modifications to suit preferences and needs of different types of users.

And so, the available options began to grow.

They are the most common because they are the ones, we all start with and the best to start with due to their simplicity of use. The word comes from the combination of clear & atomizer. ” Clear” because they are tanks that are usually made of glass or transparent plastic. Thus, the clearomizer consists of a tank or tank, a resistance and a chimney that connects it with the nozzle.

The differential characteristic of clearomizers with respect to other “Atos” is that they use so-called “commercial resistances”. They are so called because they are “factory-made” (including whatever cotton or wick they use) and you just have to attach them (usually by screwing them) into place on the device.

At least in the beginning, they are the easiest to use. The resistance is a consumable that when it “wears out” (or if it breaks down) you change it for another and that’s it.

In contrast to the clearomizers, we have the Repairable (or rebuildable) atomizers. They are called that because originally they were Atos for which, taking out the handyman that we carry inside, we, the users, are the ones who make the resistors by hand.

(handmade resistors are known as “artisanal resistors” and now It is already possible to buy them because there are artisans who make and sell them).

It is a challenge to do them and you have to make sure they drain well, but doing them has the advantage that they will adapt to our preferences perfectly. The resistors deserve another article, so for now, here we leave it.

These are the atos without tank or tank. They require replenishing the fluid manually rather than coming from a tank. The liquid is dripped manually and directly on the resistance with its wick, you vape a few puffs and wet the resistance again.

RDAs are less comfortable than tanks because the pool admits less liquid than those and you have to be wetting the resistance frequently to prevent it from drying out and burning the cotton or wick, but they are the favorites of the experts, not only because of the steam if not because the flavor improves remarkably. You may have also heard of Squonk or bottom feeder.

These MODS incorporate a squeeze bottle in which the liquid is stored.

By squeezing the bottle (there is a small window for this in the mod) it makes the liquid flow towards the resistors, making the work of soaking them more comfortable and we save transporting the liquid bottle separately.

Unlike RDAs, the following categories of repairable do incorporate a tank or tank, what varies is their position. In their acronyms they all incorporate the letter “t” for Tank

The tank that stores the liquid is located above the resistance

In this case the tank goes below resistance and they are actually a middle ground between tank and drip.

There are very few. In this case the repairable module, the resistance, is in the center of the tank.

Just as a curiosity to mention the CDA (Coilles Dripper Atomizer) and CTA (Coilles Tank Atomizer) atomizers that do not use resistors. So far, they have had little success mainly because they have leaks, although they say they improve the taste significantly. We will see how they evolve in time if this problem is resolved.

Among the most recent innovations on the market are devices known as PODs. The use of this name has been extended to many small, similarly aesthetic initiation devices that are not actually pods.

Also, although the name is used for the device as a whole, it actually refers to the cartridge which, in these devices, would be the equivalent of the tank or ato.

A wax atomizer is a special type of tank designed for vaping wax. Most wax atomizers look like a regular vape tank and. Some wax containers use single, double, or triple coils with quartz or ceramic wicking.

Others may use ceramic coilless heating systems. They all have a 510 pin on the bottom, which makes them compatible with most subohm-enabled mods. Some deliver a tight MTL pull while others deliver a much looser direct lung pull.

How to use a wax vapor tank

Using a wax atomizer is similar to using a classic vaporizer.

The following tips can help ensure you get the best experience with your wax atomizer.

Advantages of a wax atomizer

Disadvantages of a wax atomizer

Wax atomizers are one of the best new ways to dab. They turn your mod into a portable vaporizer. Even if you already own a rig, wax vaporizers come in handy when you’re on the go. They are much more convenient and practical.

If you travel frequently or just want to dab more discreetly, a wax atomizer is the way to go.