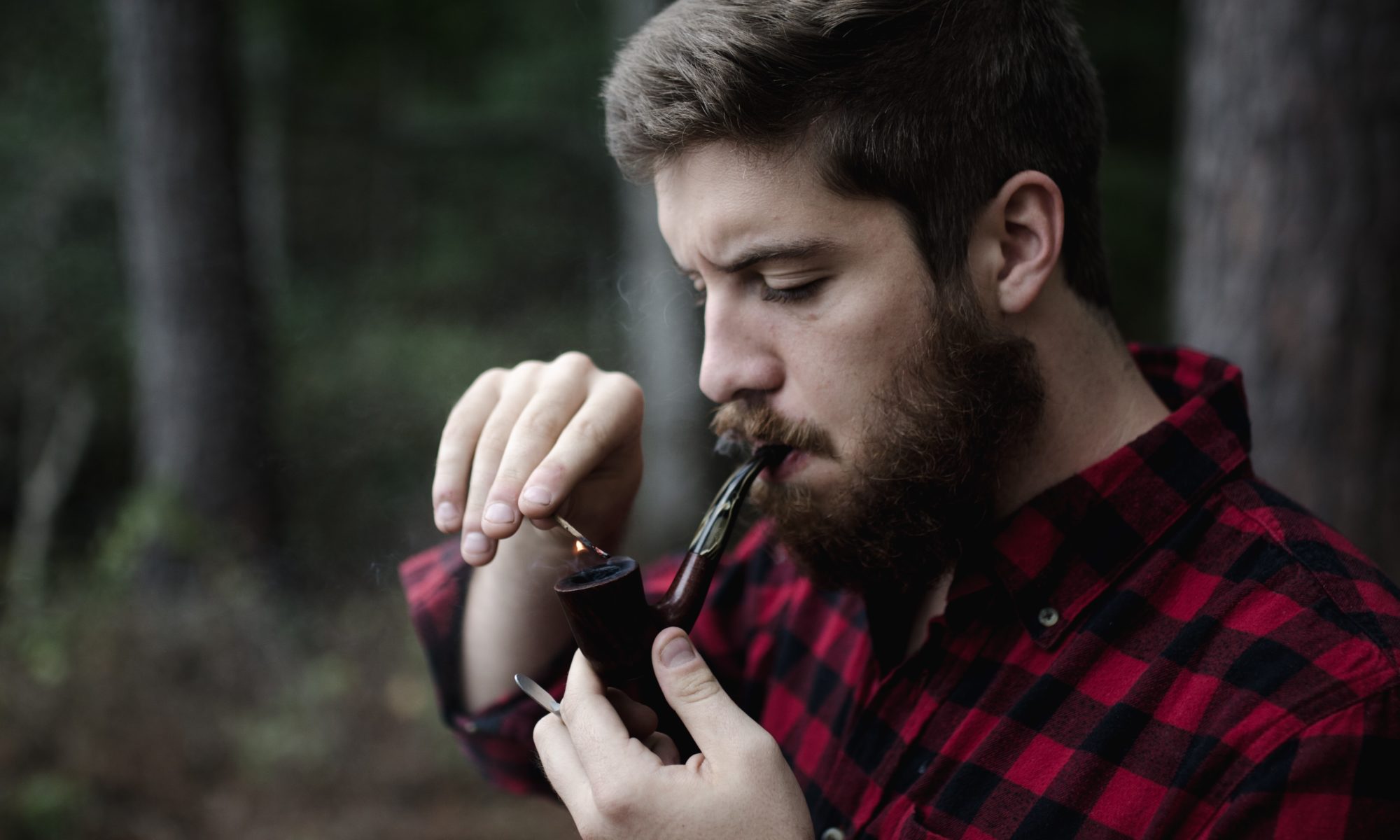 Yes, but you will need a brass screen to do so.

What are Tobacco pipe screens?

These screens are rarely used by tobacco smokers and are used more for smoking hashish or weed in a pipe. Weed breaks into finer pieces than tobacco. Therefore, a screen is needed to prevent the weed that is unburnt from being drawn through the pipe stem into your mouth.

When it comes to smoking hashish, the screen is placed on the top of the pipe bowl, so that the flame can lite the small pieces of hashish.
There are many ways you can smoke cannabis, but none of them are known as well as smoking a bowl in a pipe.

Something that is essential to be learned when it comes to cannabis consumption is the packing and smoking of a bowl. The cannabis pipes come in all shapes and sizes and share the same basic characteristics from the tobacco traditional pipes.

The anatomy of pipes

The pipes consist of the following components:
• A Round basin, that is deep enough for the herbs to be produced in
• an Airtight channel that’s function is to deliver smoke and air through the following component, called the
• Mouthpiece
• A lot of times the pipes also contain a second air channel, this is called a carb. The carb’s function is to regulate the airflow through the pipe.

Cannabis can be smoked out of the pipe, when it contains the first 2 items mentioned above. Cannabis pipes are made by using glass of Boros silicate material, because this medium is incredibly versatile.

The pipes can differ in their: Shape, size, complexity, functionality and availability.
The bongs and bubblers make use of water to filter the smoke of the cannabis and cool it before that it is inhaled.

The basis type of the pipe is called the spoon, because of the shape. These are the best kind of pipes to start off with if you are still new to the cannabis game due to them being: Small, user-friendly and inexpensive.

Everything you need to pack your bowl

To smoke weed out of a bowl you will need the following essential items to get you started:
• Heating element – a lighter being the most basic form
• Butane lighters also work well, but avoid it when you don’t want a butane flavouring in your bowl and rather consider non-butane heating elements

Effective lighters and heaters will allow optimal heating control, when you vaporize your bowl. Some prefer to light the bowls with hemp wick. This waxy piece of hemp string ignites easily, maintains an even burn and does not leave a nasty after-taste in your mouth.

Glass wand
This is another element that can be used for heating. It can be heated to the point, where it will contact or vaporize your herb and altogether eliminate igniting smoke. The cannabinoids and flavour are still delivered through a lighter bit. The most effective method is by using the torch lighter.

The usage of a screen can help to prevent you from inhaling bits of the cannabis that is burnt.

Tricks to consider when you do not have a pipe screen

The following should not be used as a makeshift pipe screen: Aluminium, soda cans and wind screens. They often coated with materials that can be dangerous when it’s inhaled.
Preparing your cannabis before smoking a bowl is essential to ensure the airflow through your device is maximized and delivers smoke that is even.

Steps to prepare your cannabis:

Break down your herbs, by doing this it creates consistent airflow through the bowl, where the smoke can evenly pass through.


A Step-by-step guide to pack or smoke a bowl:

• Get a pipe, weed and a grinder
• Grind up the weed loosely and make sure that it’s evenly broken down, but not too finely
• The most basic way is by hand pulling the herbs, but by using a grinder it makes the process so much easier.
• Lastly, put the broken up weed in your pipe


Tips to maximize your airflow:

• Use a screen or a stem to stuff the bottom of your bowl, to prevent the pieces from passing through
• The herbs at the bottom must be packed lightly and must be a bit denser at the top, for the smoke to be even.
This allows the cannabis to the top to maintain a burn, while the airflow is opened for easy inhalation and without being clogged. Put some heating to it and enjoy.


Etiquette for smoking a bowl with friends

– Make sure to pack a proportional bowl that will be enough for everyone smoking in the circle
– For larger groups pack heavier bowls to ensure that each friend gets a fresh hit of green herb
The friend who provides the cannabis will determine who gets to light the first hit. Corner the bowl by only lighting a fraction of the cannabis that is visible. This will allow everyone to have the same experience and flavour without an ashy hit at the end. Lit the bowl and feel free to pass it on, but let your friends know that the bowl is cherried.

These Analog vaporizers you can use to vape your herb or resin, the pipe is definitely the strongest contender for becoming your next favourite non-electronic vape pen. It is not only pleasing to the eye, but it is highly efficient and compact.

It is manufactured with the highest-grade materials including:

If you have a pipe that contains the correct components to smoke your cannabis and you have followed the step by step guide to pack your perfect bowl. You can relax and enjoy your green hit with your friends. Just remember to use the correct etiquette when you decide to smoke in larger friend groups and let your friends know when it is cherried, before passing it on.

Rise and shine it is buying cannabis time!